China Software Market – 2018 is the Time to Join In 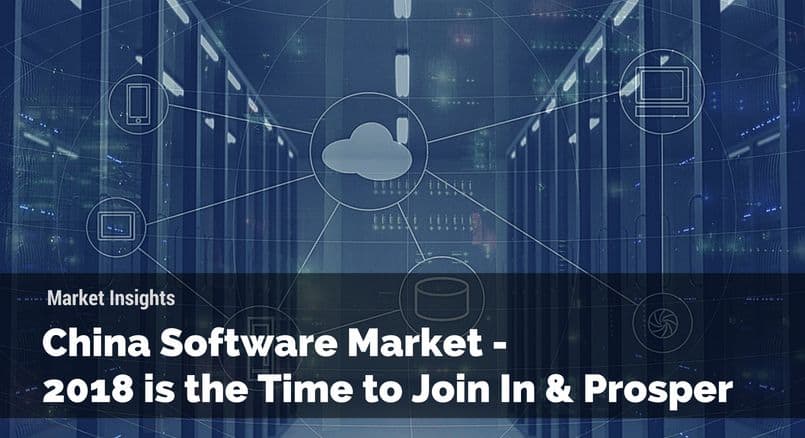 China Software Market – 2018 is the Time to Join In

China’s software market is growing fast, especially in Shenzhen. The city itself is flourishing with various technology-related industries and is predicted to become the Silicon Valley of China going forward (Read more). This continued development means we likely still haven’t seen the peak of software development in China.

In 2017, China IT services and software industry had already reached a profit of RMB $5,500 billion (USD $687.5 billion). With a growth rate of 16.5%, there were total of 35,368 tech companies in China’s software industry in 2017. The figure reflects a prosperous market and room plenty of companies, domestic and international, to enter the market.

Over 6,000,000 employees worked in China’s software industry in 2017. Comparing with the figure in last year, the number increases by 3.4% with an extra 200,000 people joining in. With the increasingly high profit margins of these businesses, programmers received higher pay with an average 14.9% growth in salaries.

The statistics from the China software market in 2018 certainly reflects its prosperity. In such a huge market, many foreign companies have entered the market and have been able to capture significant business opportunities.

There are certain trends and special features of the China software market you need to be aware of:

1. IT Services are the Most Profitable Sector 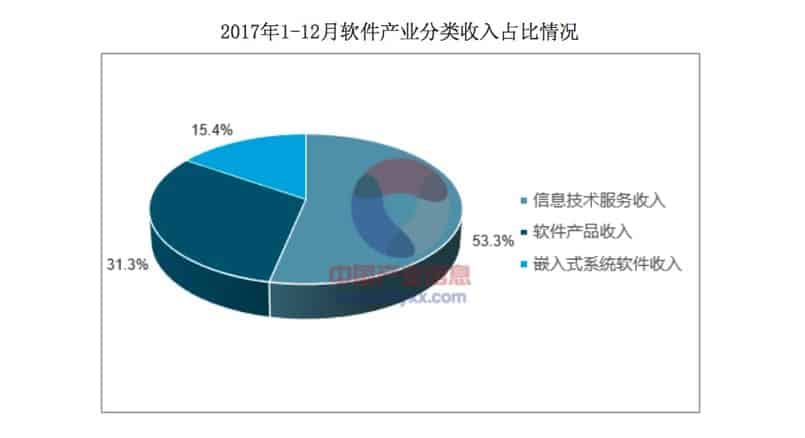 From the latest data, IT services brought in a net profit of RMB $2,900 billion, making it the largest proportion, 53.3%, of the whole industry. It is the fastest-growing sector, expanding at a rate of 16.8% YoY.

For the rest of the industry, revenue from software products takes up 31.3% (RMB $1,700 billion). Information security software and industrial software also exceeded RMB $100 billion, increasing by 14% and 19.9% respectively.

This is the Dalian Software Park. Though Dalian is not a software city, the Dalian software park is still powerful in influencing the market.

Such a massive nation like China needs to group software companies together to ensure their exponential growth and long-term development with no doubt. This grouping of companies has happened in countries the world over, like with Cyberport in Hong Kong, Silicon Valley in California. There are over 20 software parks in China, and 8 cities above provide an excellent environment for tech companies to expand and flourish in the Chinese market.

So, what exactly are the standards of “Software Cities”? To become one of them, the city should be rich in resources and talents for software development in China. For instance, Nanjing has a total of 2 software parks that grouped the software companies together in 2015. They received full support from the government through different policies, investments, and resources. For those companies in the park with Independent Intellectual Property Rights and a Self-owned Brand, the government will gave an increased allowance of 20% as compared to those without it. This represents a shift from China’s earlier policies as an OEM provider. It’s clear that China wants to develop its own companies with strong brands and IP. 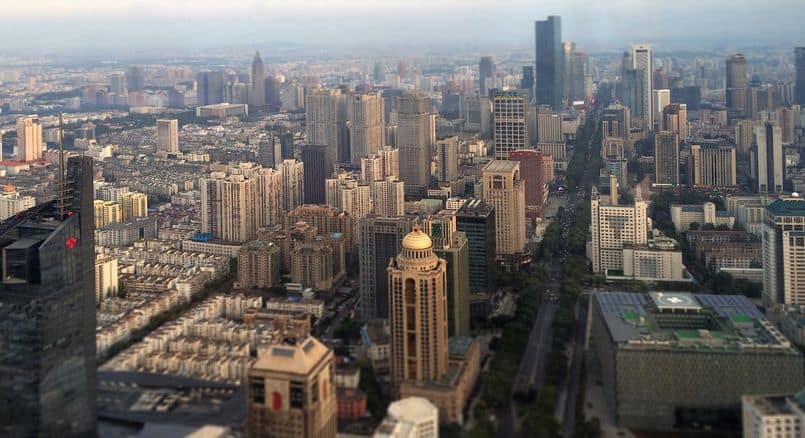 A full view of the tier 2 city Nanjing.

To encourage companies to be more international, Nanjing is actively recruiting Fortune 500 Computer Software & Information Companies around the globe to set up branches in the park.

Foreign software companies, including start-ups, are very welcome to these “Software Cities”. China’s software market is growing fiercely with the strong support from the local government. China’s IT industry is expanding faster than ever before, which is definitely a golden opportunity for foreign investors!

To enter China’s software industry, these are the Chinese companies you should know. The professional China marketing agency Dragon Social team has made a list of information technology companies in China for your reference.

Tencent is one of the top tech giants in China. As the developer of WeChat and QQ, two nation-wide integrated communication platforms with over 95% Chinese citizens are using it, Tencent has a huge impact on China.

In 2014, Tencent already ranked as the 4th biggest IT company in the world, following by Google, Amazon, and eBay. In 2017, Tencent had a net worth of USD $390 billion. It surpassed tech leaders in the US, such as Intel, Cisco, and Hewlett-Packard.

Tencent’s business scope is wide, covering everything from IT services to applications. For instance, except for WeChat and QQ, Tencent also developed payment tool, the WeChat Pay, music app, the QQ Music, and even AI technology, the Tencent AI Lab. A wide range of companies around the globe, both small and big, are currently partnering with Tencent. Undoubtedly, the networks and benefits that these firms received from the partnerships are tremendously huge.

As the developer of Weibo, Sina Weibo is described as China’s Twitter. From the latest figure, the number of daily active users has accumulated to 172 million, with around 431 million monthly active users.

Micro-blogging is definitely not a new concept. However, Sina Weibo has grasped about 57% micro-blogging users in China. On top of that, over 87% of the micro-blogging activities in China are held by Sina Weibo. Users of the platform post over 100,000,000 blogs everyday.

As an important Internet and IT services brand in China, Sohu is famous for its search engine, Sogou. Sogou is a company under Sohu and its most popular product is Sogou Input. Sogou Input is the first input method for the Chinese language that provides a faster and better user experience through dynamic practice with the Internet. The high variety of vocabularies and the accuracy of character recommendation has attracted over 520,000,000 users, which make Sohu the top leader in this industry. 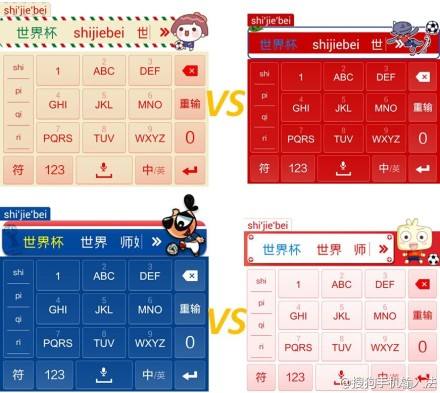 There are various version and display for users to choose

Sogou Input has drawn extensive investment from other Tech companies including Tencent.

NetEase is a pioneer in the development of Internet services for China. The company developed and operated some of most successful and established online PC and mobile games in the country, such as Fantasy Westward Journey. As for the latest games, Onmyoji in 2016 was also a massive hit in the market.

On the other hand, the email services of NetEase have a strong presence in China as well. After 16 years of development, 163.com email has accumulated a massive amount of users developed since the early stages of Chinese internet.

NetEase is often considered one of the top 4 China tech companies along with Tencent, Sina, and Alibaba.

Most of the top technology companies in China are very integrated in terms of their businesses. Some of them expanded into technology from other industries. Alibaba is an excellent example.

Becoming popular because of its signature platform, Taobao, Alibaba is unquestionably the largest player in China’s E-commerce industry. However, the company did not stop there. In 2009, Alibaba developed Alibaba Cloud. It is currently one of the top 3 IaaS suppliers in the world.

Alibaba Cloud provides a whole set of cloud computing services for start-ups and enterprises alike!  Companies and even government departments around the globe have begun using Alibaba cloud for a range of services including hosting, data storage, etc.

Alibaba is a multinational company that has attracted thousands of partners as resellers and brand evangelists for its services. AI is believed to be the future direction of Alibaba’s business going forward.

In such a large software market like China, the needs of tech and IT companies naturally represents strong potential in the B2B software market. Various enterprise resource planning (ERP) and customer relationship management (CRM) systems (Read more about WeChat CRM), data mining, and IT services for companies are in great demand, due to a lack of domestic providers.

For instance, software company Odoo has expanded into the Chinese market to target small businesses (SMBs) in need of ERP systems.

Odoo is a leading enterprise software provider in Europe. Its ERP system is widely implemented in the region and has the biggest market share. Odoo has been known as the SAP killer, serving over 3,700,000 firms around the globe with over 950 partnerships.

Odoo announced in a press release in April that it has launched a joint venture with Chinese cloud computing firm Inspur to expand into the market. The collaboration with Inspur has attracted attention from the industry and it is predicted that two companies will focus on providing SaaS services.

In the mature Chinese software market, the traditional ERP systems are slowly being replaced by SaaS. SaaS is comparatively low-cost and easier to operate than ERP systems. However, in the country, most SaaS firms are still new and working on finding their ground legs.  Chinese IT companies and business firms are desperate for these types of services to help improve efficiency and reduce costs.

Noticing this trend, Odoo expanded to China in 2018. The company said that the profit they are gaining in this initial stage from China is “nothing compared to the size of the market.” Odoo also expressed its hopes to become China’s No. 1 cloud ERP player for small businesses as they have the ability and funding to tailor-make SaaS services catering to different needs. At the same time, the company will focus on China marketing to build its brand and reach out to its target audience!

The China software market is growing larger and larger. Not only are B2C businesses benefiting,  but B2B is as well. The dynamic changes in the Chinese market are generate thousands of opportunities in a range of different industries. With more excellent local companies beginning to emerge, multiple foreign companies are entering the market to try and capture this opportunity before its too late!

It is crucial to stay up on the latest trends in China. The Dragon Social team is a professional China marketing agency that helps business to enter the market. If you have any questions, don’t hesitate to contact us!

A passionate marketer who wish to pursue a career in China marketing. Studied at The Hong Kong University of Science and Technology. Currently working in the Dragon Social team to collaborate with professionals.