The most massive trend in China right now, “No fans, no market.” Fan economy refers to the economic income-generating behavior by the relationship between fans and the followed people. The followed people are mostly stars, idols, and industry celebrities.

With the vast power of social media and the Internet, fan economy has been widely used in cultural entertainment, selling goods and providing services. Ever since, KOL (Key Opinion Leader) marketing not only refers to the spreading of information anymore. It represents the great bridge connecting customer emotion to businesses.

China’s current stage of development is interesting, where some businesses exaggerate the importance of fans into the current production. They excessively pursuit the flow of cash with a profit-driven mentality, exposing the short-sighted behavior of ignoring social and cultural benefits.

Also check out a related blog all about KOL in the Fashion and Beauty industry!

Take GUO Jingming(郭敬明) as an example, a writer who became a director. He succeeded in turning to of his novels into giant blockbuster movies, such as <TINY TIME 1/2/3/4> and < L.O.R.D: Legend of Ravaging Dynasties >. A common strategy in these two films is his use of social media stars with a massive fan base. These stars include FAN Bingbing, YANG Mi, WANG Yuan(TF BOYS), WU Yifan. All of which have a purpose in reaching a specific demographic.

With a huge fan base, the result is a spectacular box office for both films. However, the positive box office follows with even more negative comments such as “actors’ bad acting skills” and “promoting money worship.”

By contrast, OPPO China uses the “Celebrity Effect” very successfully. Based on latest survey data, OPPO had the fourth highest total sales in the world in 2017. The best-selling domestic mobile phone ranks the OPPO R9 above Apple’s iPhone 7 Plus to become the year’s best-selling models in China.

OPPO has its own “Celebrity Family.” New celebrity members would be invited to join the family and endorse the new products. Last month, OPPO teamed up with Zhejiang TV to create the “OPPO R15 launch event”. OPPO excels at being different from other mobile phone brand strategies in China, launching a carnival-like event for fans where celebrities could be seen everywhere. 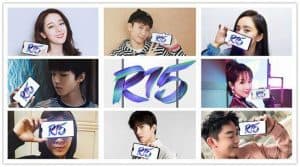 OPPO has achieved great success from the marketing of this event. The marketing campaign of OPPO combines stars, mobile phones, and brands seamlessly into the lives of young people in China. On the one hand, it has made OPPO a household name and acquired strong brand awareness. On the other hand, it increases consumer’s love for OPPO, which makes OPPO’s young fashion attribute strengthen and obtain the consumer’s value identity. 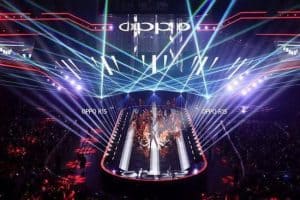 Why it works or does not work?

Why do same marketing campaigns lead to such a vast difference? The fundamental reason is the attitude and usage towards “fan power.”

The second layer of products adds aesthetic value beyond function, such as luxury brands like Apple(the origin of electronic products).

The third level of the product refers to emotional elements beyond function and aesthetics.

One product can’t achieve success without either level.

Fan economy focuses on the second layer and third layer of product. Brand worship is defined by the loyalty of fans to the brand, from “functional loyalty” to “spiritual loyalty.” They don’t focus on the function value of the product. The loyalty they show to the brand means their loyalty to their idols. As a result, the product not only has use value but also a collectional value to them. When they use the same products as their idols, they feel joy from self-identity and emotional resonance with the group who have the same taste. This satisfaction motivates them to refer the products further.

If the business only focuses on the economy attribute of the product without social and culture attribute, it will bring a very negative impact. On the one hand, the brand itself will have a bad rap, causing antipathy from fans and societies. On the other side, the behavior that focuses on traffic and ignores quality is not conducive to the healthy development of aid (应援) culture as well as the transformation and upgrading of fan consumption.

Integrity is the bridge that connects businesses and consumers

Human factors of brands and products allow fans to engage, be active, spontaneously share brand information and spread a positive image of the brand.

Marketing plays a very subtle role in this process. A little over the line can quickly lead to falsehood. In the age where information is becoming more and more symmetrical, false will be rapidly puncture, which in turn will damage a business’s social capital. So the premise of marketing is sincerity. With honesty between businesses and consumers, or “the star themselves” and their fans, the fan economy can create new markets as well as a virtuous cycle.

Marketing in China is a complicated process. Without a professional agency, you may find them too demanding for the time and money of your company. Dragon Social stays are up-to-date with any trends in China social media marketing. Don’t hesitate to contact us if you have any questions!