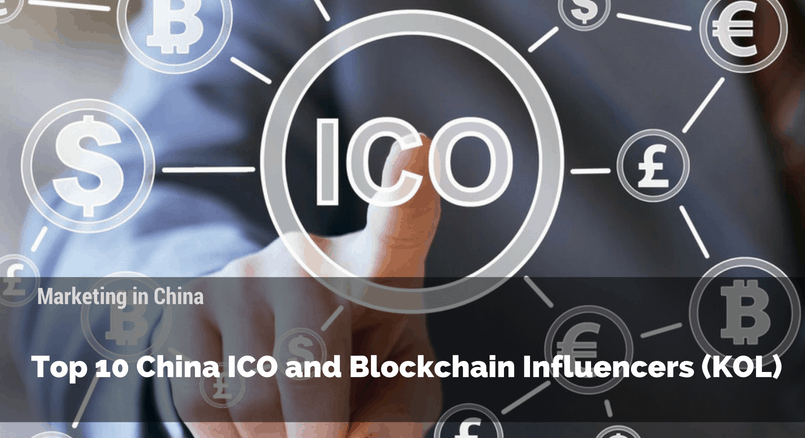 In almost every industry, KOLs play an important role for a business’s marketing efforts. Support from these individuals/official accounts can easily determine the success of a project or company in China.

The blockchain is an open source technology. According to statistics, there are more than 1,400 encrypted currencies in the world, and they are valued at more than 500 billion USD dollars.

In January 2017, at least 50 blockchain WeChat-media outlets in China appeared.  One of the official accounts received financing within two weeks of its establishment and was valued at 10 million RMB. More and more influencers in this industry rely on in-depth articles and original opinions to promote themselves, so they’re always looking for new stories and original angles to gain popularity.

So, who are the top blockchain and ICO influencers in China?  What kind of content do they post under the strict regulation of ICOs in China? What are the main characteristics of these public accounts? Let’s have a look!

Table of Content(Click to read)

4. What are the Characteristics of ICO WeChat Official Accounts? Read Now

This account gives an authoritative analysis of cryptocurrency trends. It focuses particularly on Bitcoin, Leitmotif, Ethereum, and various AltCoins. Beside from these, it provides daily market analysis, operation strategies for different projects, and suggestions on how projects can be improved. This account has around 800,000 engaged subscribers, making it an incredibly popular place for those interested in cryptocurrency. 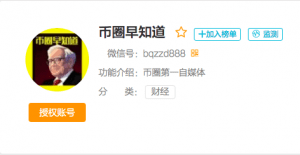 The NO.1 Wechat-media in cryptocurrency industry which has about 600k followers. This account provides updates about the cryptocurrency market, introductions to new projects, and in-depth analysis of technologies behind many blockchain projects. It also provides some investment suggestions for its subscribers. 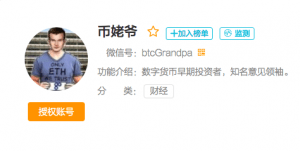 This account is runby some early investors in digital currencies. This WeChat account has around 600,000 active subscribers now. They tell success stories about their investments in various currencies as well as introductions of projects that they intend to invest in the future.

Although this account doesn’t have much follower base like some of its competitors, it has an active community. Most of its posts received hundreds of comments where users can join the discussion and ask questions. Users can often find their questions answered by account owners themselves or others who participate in the discussion.

Also, a famous blockchain KOL is a WeChat Official Account called Mr.Wang’s diary of the blockchain. It records basically every move during Mr.Wang’s investments in detail. It offers another perspective on investing in blockchain for its followers and teaches them how to be a good decision maker.

The very first we-media of cryptocurrency. Its content includes Bitcoin, Wright coin, Ethereum, quantum chain and other virtual currencies. It produces lots of high-quality articles and analysis about Bitcoin and developing trends of cryptocurrency industry. It will also publish some articles to promote new ICO projects.

It is a personal WeChat account owned by Zhang Fang(张放). Its aims are providing the most trustworthy and real information for its followers. It publishes articles nearly twice a week. It will also publish special reports on different topics, such as new ICO policy of China, the history of Bitcoin, etc.

This is a popular ICO influencer who shares news, and analysis about overseas digital currencies. Different from other WeChat account, it focuses mainly on introducing oversea blockchain technologies, ICO projects and industry trends to its followers. Some of its articles are written in English instead of Chinese.

This account is a famous influencer on cryptocurrency. However, it was just established last year, there are still a lot of functions that need to be added in its future development. But, judging from its ability to attract followers, it is believed that this account has a high potentiality to become the next important KOL.

Most of the influential KOLs of the cryptocurrency industry in China are very active in WeChat platform, if you have interest in them, you can set up a WeChat account and follow their official accounts. Some tips on how to set up a Wechat account you can see our previous article <How To Create a WeChat Official Account?> 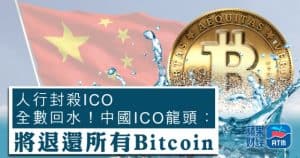 To prevent and mitigate financial risks, the authorities will regulate domestic and foreign ICOs and virtual currency exchanges, including banning related businesses and banning and disposing of virtual currency websites at home and abroad.

Released on September 4th, China’s first ban on Initial Coin Offering (ICO), and implemented a series of restrictions have ensued, effectively through the encryption domestic currency exchange, required to be totally stop trading activity on September 30.

After the clean-up, the volume of renminbi-denominated transactions in virtual currencies fell from more than 90 percent of global transactions to less than 1 percent, greatly reducing risk levels.

But China’s Internet Banking Association immediately understand that ban in September does not work now, therefore, the Chinese government is banning further trade and examining the domestic encryption currency business and international trading platform. The authorities then issued a notice that warning investors to beware of the risks of overseas encrypted currency trading and participation in the initial investment (ICO).

China’s central bank has further effectively built a firewall to prevent domestic traders and investors from using the international encrypted currency exchange website. The statement said that blockade was imposed in a spirit of “notification”. The announcement also confirmed the conclusion that domestic investors turned to overseas platforms after a local ban.

From the statistical analysis of all ICO WeChat accounts, here are some findings: 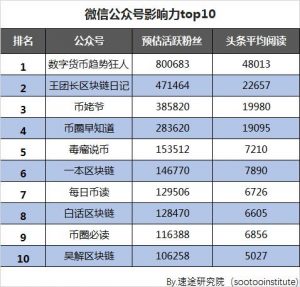 Most of the average reading of Toutiao is less than 10k, and the number of active fans(estimate) is from 100k to 800k.

Many influencers through the introduction and content of tweets have begun to work together, some even have blockchain projects online. The number of ICO KOL accounts operated by individuals may be less than 1/10!

2) A Small Number of Followers

An ICO WeChat in China account publishes an average of 4.6 times a week. Even under the influence of specific important dates, unfortunately, the overall reading volume of these accounts is still not as large as that of finance, technology, and other industries in China. This is not due to a lack of engagement or due to the fault of the channel, but more that Blockchain is still a relatively new field so the percentage of Chinese interested in this field is lower than traditional industries.

What are the characteristics of these WeChat Official Accounts?

If divided by industry, there are three circles in blockchain industry now. The Coinage refers to the people who invest and even issue the coinage. Chain circle refers to people who focus on blockchain technology and application. Mining circles, on the other hand, are a group of “mining” miners, mostly programmers.

The practitioners of blockchain we-medias also come from these three circles. At present, most of them are people in the currency circle and chain circle. The operators are mostly companies who have issued tokens, invested in tokens, or like to speculate on the future of the industry.

Eliminate the interference items that have little relationship with each other, and select the top ten reading quantities by classification, to intuitively feel the concerns of various industries on blockchain in China.

In fact, compared with the top ten of the 76 blockchain we-media readings above, it is obvious that the pan-finance and technology-related tweets are more popular

Blockchain, as a low-level technology, does bring great potential to the whole of society, but the subsequent development is still unknown. On the one hand, the risk of policy regulation is high as many blockchain WeChat accounts are afraid of losing their verification.

The Science, economics, and technology regarding this industry are still so new, so making comments and providing detailed analysis can be incredibly difficult for these KOLs.  The challenge for ICO KOLs in China is as high as the opportunity.

Dragon Social understands that it can be very difficult to find a perfect KOL. When moving into a new market it takes a lot of time to begin to find out about the digital marketing strategies, not to mention the finding of the KOLs.

Dragon Social can assist with your KOL campaigns to help you reach your target audience. For a more complete digital marketing strategy for your cryptocurrency related business you can contact our partner agency Chainplus.

Chainplus has helped over 50 crypto projects to build their brand and attract investment from China. You can go to their website here:

or contact us and we’ll put you in touch with them!

KOL marketing in China is extremely influential as Chinese consumers rely heavily on various social media platforms when making decisions. They obtain information through channels including but not limited to Weibo, WeChat, and Zhihu.

To succeed in the industry, you cannot miss out the following lists from the professional marketing experts Dragon Social team! Dragon Social stays are up-to-date with any trends in China social media marketing.  Contact us or read more about marketing in China below!