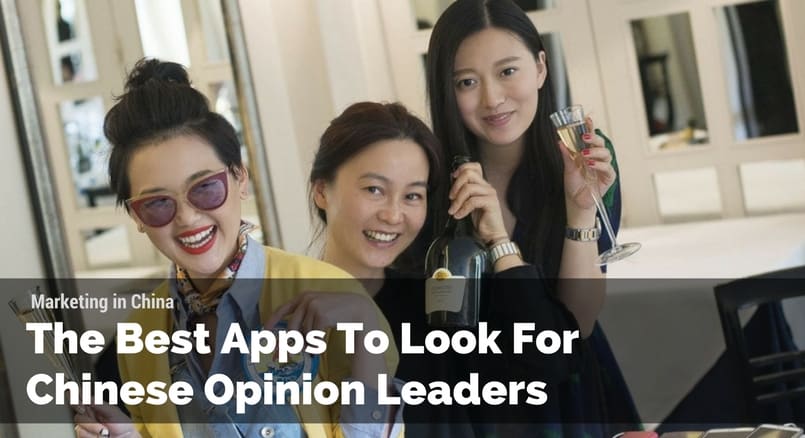 by Imogen Ursell
in Marketing in China, Trending
Comments

Live streaming apps in China are the best place to find opinion leaders. It is a prime market for finding both well-known Chinese celebrities, as well as budding new internet stars.

All businesses who are looking at moving into China should understand how live-streaming apps can influence their other accounts, such as on WeChat and Weibo.

Unlike many other markets and demographics, opinion leaders are still very important to Chinese consumers. 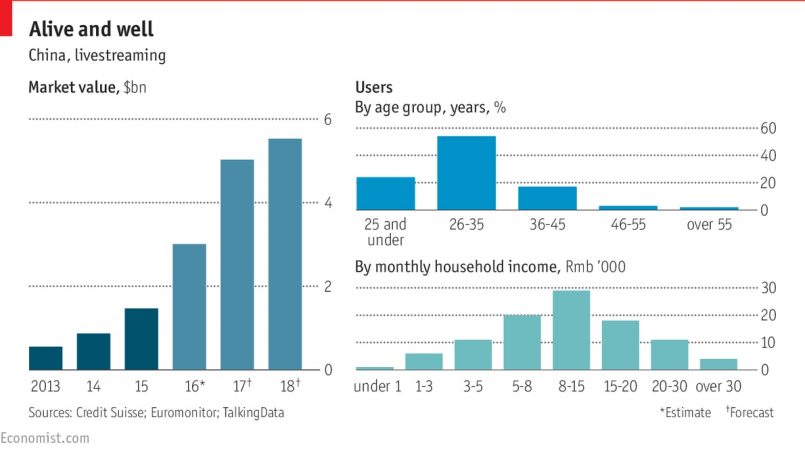 According to reports, the Chinese live streaming market has grown by 180%.

The industry is growing rapidly and is quickly becoming a place to find internet stardom and earn money.
According to Business Insider, the market is worth $4.3 billion dollars.

Many have started regarding it as the future of marketing. Opinion leaders often many not seem like they are worth the money, especially as Chinese social media can be hard to navigate if you are used to Western social media apps like Instagram.

However, research suggests that Chinese customers are more likely to buy a product when it is recommended by a trusted person. 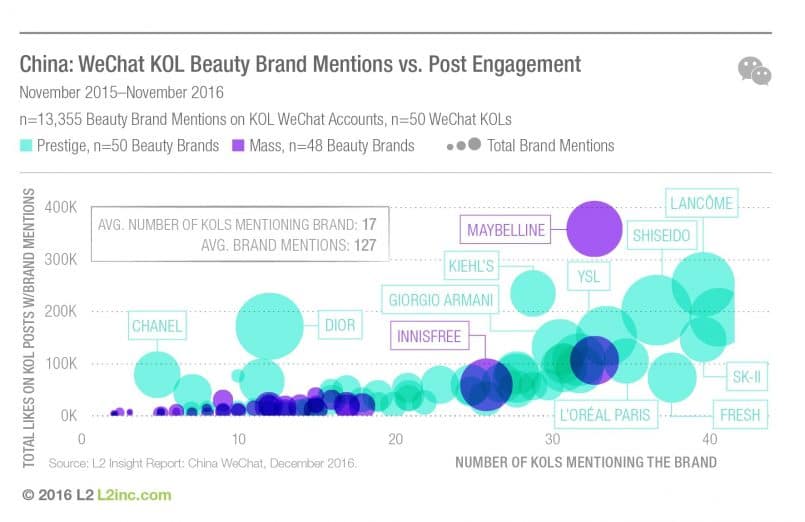 YY is a Chinese video-based social networking site, and it has around 1 billion users and over 34 million active users. Originally, they targeted Gamers, but eventually, it broadened out to other markets.

Launched in 2005, it is one of the oldest live streaming apps, meaning that people trust the opinion of those who are on it.

While the user demographic is hard to pin point since there are so many users, they have several popular hosts which include singing, talk shows and dancing. 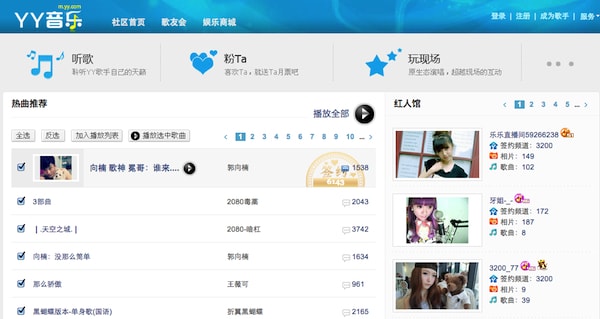 YY has specific pages that are only for major league sports and celebrities. So if you are a larger company this is a great place to look for well-known opinion leaders.

This app is also great because it has a built in currency system. Users can exchange ‘virtual roses’, which can be exchanged for real money.

Generally, it is better to look at those who are listed under artists, as these are usually the people who will have large followings. You can even sell virtual tickets for different events, thus making, even more, revenue from using opinion leaders.

In 2016, this app was listed as number 1 on the Chinese Itunes store, and it has over 50 million downloads. They have a wide variety of different types of opinion leaders including traditional celebrities, models, students with large followings, and internet stars.

One great feature of the app is it’s able to stream 24/7 without being interrupted by broadcasters. However, the general content is fairly similar to most other live streaming apps.

This app seems to be popular with the men and women in their 20’s. The app caters to this by providing content that they would like. For instance, in 2016 the app followed the very popular Korean boy band BIGBANG on their tour.

There is also scope for opinion leaders to grow on this app. A popular live streamer, Alice, has around 1 million followers, but she started off as a small-time dancer and singer. Therefore, this may be a good app to search for new opinion leaders.

This app runs like a mix of Vine and Instagram video. Users can upload 10-second videos or 10-second photo slide shows. Users can also upload longer videos for five minutes.

Each video length has a range of different filters. In January they launched their live-streaming options, and it was instantly taken up by different Chinese celebrities. This is very important for younger women who want to explore cosmetic and fashion markets. 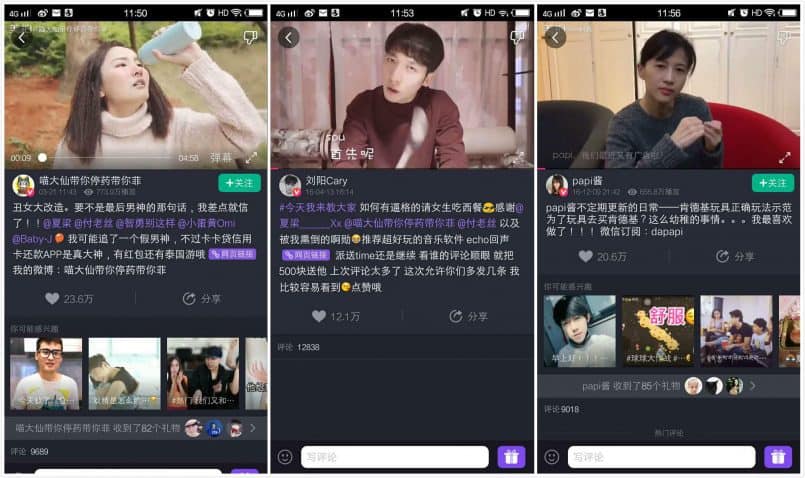 As this has a range of different video platforms, this is a great app for a recurring advertisement.

Since a lot of the live streaming is based around everyday activities, this is a great place for companies who are looking for a KOL to use their product routinely.

This is probably better for companies that have a large advertising budget, as it is a well-established app. It has around 570 million viewers, so there is also room to find a niche opinion leaders who want to work with you.

The demographic for this app tends to focus more on young women, rather than young men. The users also tend to come from second-tier cities, and there often a few foreign users as well those in mainland China.

Several large companies have successfully used to this app, such as Elle Magazine and Cannes Film festival.

This is the first generation of live streaming apps so it may not be as widely used. After Tencent acquired the app the content became more diverse, which may have lowered followers.

However, it also means there is a wide range of markets that you can be involved with. It has around 200 million active users, all of whom are definitely open to new companies approaching them.

As this is a live streaming app for gamers, it is a more niche market, however, its wide user base means that there is often scope for looking for opinion leaders. The gaming industry in China is massive, in the first half of 2016 alone it took in RMB 29 billion. 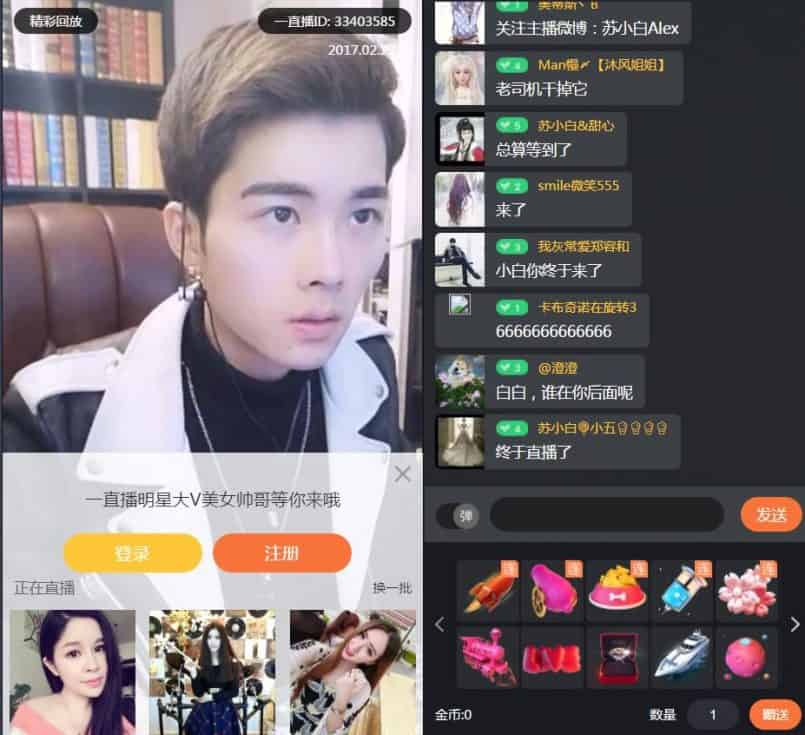 Similar to Twitch, this app is an excellent place to look for consumers who are interested in tech. The demographics are hard to pin point since it is an app for gamers.

It is clear that since gaming is such a popular industry in China, that this is a great extension for tech companies looking for a Chinese opinion leader.

This is another older app, but it has a wide following which can be used to find larger markets. Launched in 2014, the app has a lot of other companies using opinion leaders, so the infrastructure is there.

A lot of users have large followings, but may not necessarily be part of the typical opinion leaders structure.
In 2015 this app topped the ranking list, taking 22.4% of the market, and it is part of YY company. 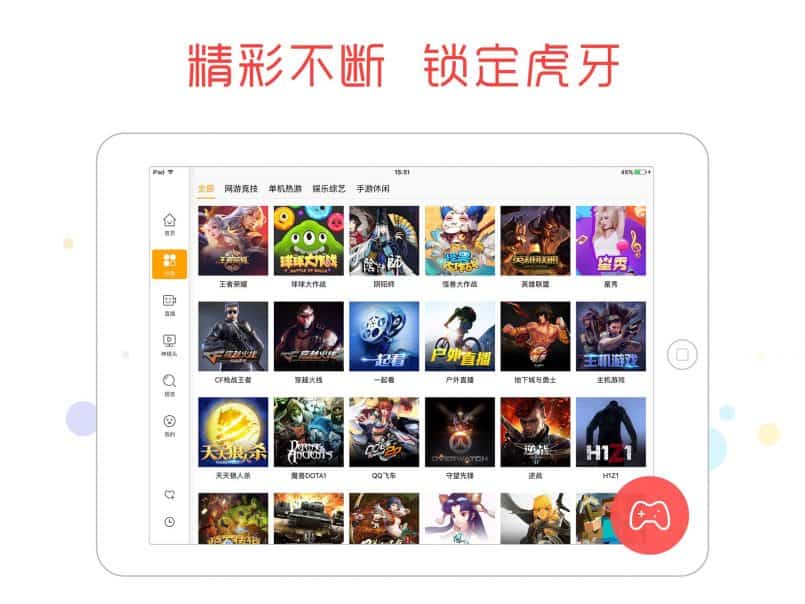 This company specifically targeted Chinese celebrities and introduced a VR function which meant that they finished on top in 2017. Originally part of QiHoo 360, so this has a lot of potential.

The app was officially launched in 2015, it was one of the most popular live streaming apps in 2016.

While there may be fewer viewers than on other apps, there is often a greater capacity for earning, as it gives the streamer 70% of the money they make. 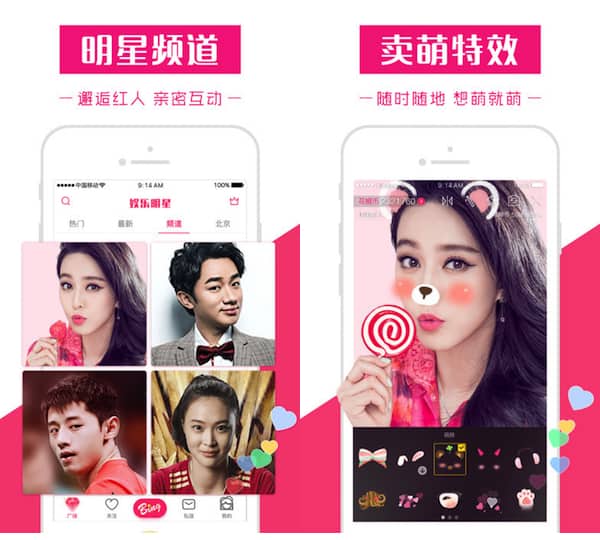 Investment for this app is on the rise with Tian Ge investing $14 million in the app in May 2017.

While this is a more established app, as the viewership is lower than some other apps, there is definitely scope for smaller and medium sized companies to find opinion leaders interested in their product.

This app focuses on live streaming PC games, but there is definitely scope for companies to come in and find people with large amounts of followers. If your company involves any kind of PC or game then this app will be the best app for you, as your target audience is already in place.

Launched in 2015, the CEO is the son of the Wanda Group, he specifically wanted to target the e-sports market. When the app was first launched, the company targeted famous e-sports players to encourage users to use the app.

If your company involves any kind of PC or game then this app will be the best app for you, as your target audience is already in place.

Launched in May of last year, this is partnered with Weibo so people can use it without downloading a new app. This app is great for people who already have a Weibo account, as it can be used internally. 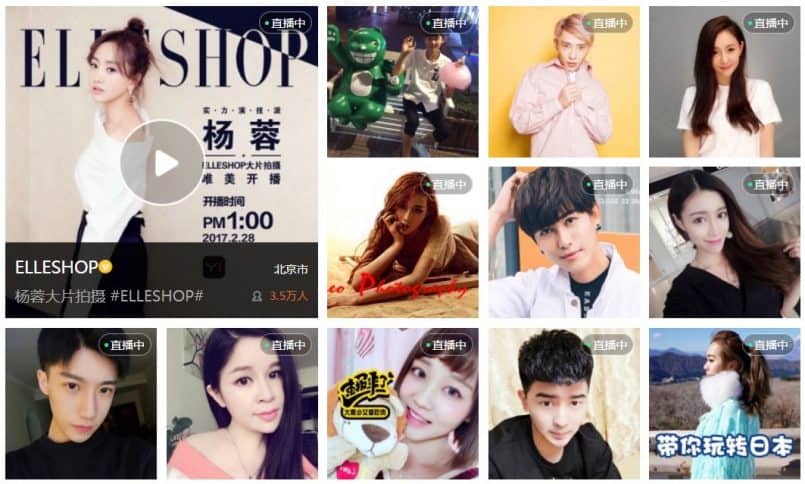 Within one month of its launch, the app had 7.73 million daily users, with many Chinese celebrities joining the craze.

The app has many great features making it great for getting opinion leaders to show your products.
The live stream broadcasts are organized into categories such as location and popularity, making it really easy for businesses to find the perfect opinion leader for their brand.

The interactive features mean viewers can leave messages and gifts for the people they are watching, as well as post messages that are immediately shown.

The demographics for this app seem to be younger members of first tier cities. Generally, they are millennials, who follow a fair mix of celebrities and internet stars.

They often take a few seconds to decide if they like the broadcast or not, so focus on opinion leaders who have a high volume of fans.

This app is great for people who already have a Weibo account, as it can be used internally. It also links key words to your WeChat accounts.

Dou Yin is a very new app so it is probably the best one to go to if you have a smaller budget. While the opinion leaders may not necessarily be famous yet, this is definitely the place to look for a more specific market.

This app is similar to Music.ly and allows users to make short videos with different animations that can be used on top. Since this is a very new app, the accounts with lots of followers may not be traditional opinions leaders.

It is really important when looking at the Chinese market, to understand that opinion leaders are one of the most important elements of marketing in China.