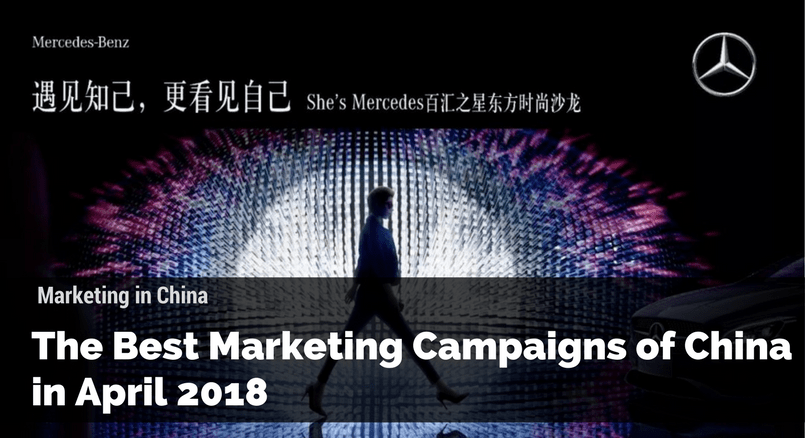 China’s social media marketing is becoming one of the most influential ways to promote. When foreign companies want to enter China and promote their products or services, besides the way of promotion, content and creativity are also significant. According to China’s own culture and customer preference, they should add more Chinese characteristics in marketing.

Here are some prevalent marketing cases in China this month. Let’s have a look how these companies market their products and services to Chinese consumers.

Mercedes-Benz shot an advertisement representing “She’s Mercedes” for its global female community. She’s Mercedes is a platform for women to share their lives, change for the better, and self actualize.

The advertisement shows the choices made by seven women of different characters. The ad starts from a women’s point of view, encouraging women to be independent and self-reliant. The content is clear and impressive. There is still some stereotype for women in China’s society. Stereotypes such as how women should be good wives and sacrifice themselves for the family. The ad illustrates the idea that Chinese women can also have large ideas, pursuit goals, accomplish and have the courage to chase dreams. Be brave to be yourself is what Mercedes wanted to convey to the public through this ad.

Click here to see the short video of Mercedes-Benz

At the end of the video, Mercedes-Benz uses “去遇见知己，更看见自己 (Meet New People, Find Yourself)” as the headline. The slogan conveys the value of being an independent woman. Compared with similar marketing routines of other car brands, where a car is often regarded as the symbol of men and where men are often the spokesperson. Mercedes-Benz flipped this around and built the ad around women, highlighting the power of women in today’s society, this different starting point makes an impression on the young demographic of China.

NetEase, Inc. (Chinese: 网易) is a Chinese Internet technology company providing online services centered on content, community, communications, and commerce. Founded in 1997 by Lebunto, the company was a key pioneer in the development of Internet services for China. Today, NetEase develops and operates some of China’s biggest online PC and mobile games, advertising services, email services and e-commerce platforms. It is one of the largest Internet and video game companies in the world.

Netease has always been very precise about human nature, and it is constantly innovating and creating classic refresh cases. Recently, Netease promoted a new game with the interesting concept to “share your sleep posture”. 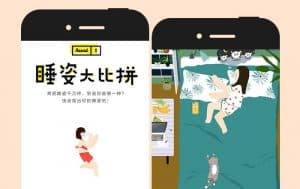 The creative scenario class H5 mini-game has brought interest to users all over China. The style of the game is concise and fresh, and the DIY mode allows a variety of user engagement. You can enjoy free collocation with hairstyle, sleeping posture, pajamas, room layout, bedding, etc. The copywriting is integrated to reflect current trends of young people with humorous and incisive words that arouse young Chinese users to explore and share.

The mini-game invokes players psychology to compare, stimulating users to take the initiative to spread the game. With all kinds of sleeping postures spreading on the China’s largest social media network, WeChat,  it is not easy for people to ignore Netease’s brand.

Learn about WeChat accounts and start marketing your brand here.

Check out The Ultimate Beginner’s Guide to WeChat for Business.

Smartisan technology was founded on May 15, 2012, a company that manufactures mobile Internet terminal equipment.The company’s English name “Smartisan,” is a combination of “smart” and “artisan,” meaning “craftsmen of the smartphone era.” In the android mobile phone camp, which lacks innovative spirit and ability, Smartisan’s team is particularly good at graphical interface and user experience designs of software and is proficient in the industrial design of hardware.The company’s mission is to create first-class digital consumer products and improve peoples quality of life.

Before the launch of Smartisan’s new product in Spring 2018, Smartisan partnered 2 brands to release 20 posters that would create a massive amount of awareness along with a wave of publicity.

Some posters from the 2018 Spring press conference

There are 20 posters in total, all posters are consistent in their copywriting style. They are all in the form of irony and humour, making fun of their brand and product. However, at the end they show the advantages of the Smartisan smartphone. The copywriting is interesting and promotes “Hammer Phone” as light, cheap, durable, good-looking.

They differentiate its marketing campaign with other mobile phone brands’ launch event. In spite of highlighting the function value and hardware of the product, they highlight conciseness and emotions, which make Smartisan’s new smartphone stand out from industry competition.

KUKA home (Chinese: 顾家家居) along with Tmall’s super brands day opens the trip “to find the best in homes in the world” event. They produced a series of ads in Shangri-La, Lisbon, and Taipei. Yoga Lin(林宥嘉), a famous singer from Taiwan, was cast in the advertisement of Taipei. 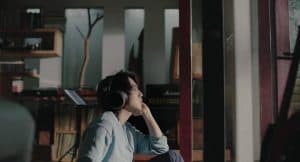 In the ad, Yoga Lin reflected his feelings for home and Taipei. In his “Lin-style home,” he is no longer a superstar, but an ordinary Mr.Lin, the most authentic and approachable Lin. The ad is simple but moving, conveying the idea of a “caring family and loving family”, which Chinese people treasure very much.

On the base of existing picture shopping, this short video made the product more three-dimensional. Expressing a gentle, comfortable style of the products, which fits well with the brand image.

No.5 Netease Yanxuan: Breaking the Tradition of Boring Express Boxes

Netease Yanxuan(网易严选), Netease’s original life proprietary electric commodity CARDS, officially launched in April 2016, is the first domestic ODM (Original Design manufacturer) model of electricity. With “the good life, not so expensive” for the brand concept, they elect high-quality and cost-effective global products for Chinese people. When customers buy Netease’s products, they are presented with their product in a beautiful incense filled box.

Netease did a user survey, showing that 81% of the strict users felt “satisfied and happy” when they opened the package. For the unboxing party, the best moment is opening the box, the surprise and anticipation is satisfying. Netease and ten children jointly designed a “select incense” consisting of 10% rainbow, 15% sand, and other odours, and infused the fragrance into 20,000 express boxes. The odors Netease Yanxuan’s chose are from children, the innocent heart of a child represents the pure smell. 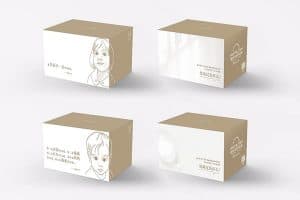 The box made by Netease Yanxuan with children

The express box is not just a container filled with goods, but a gift filled with childlike innocence, which is endowed with more meaning. The moment you open it, you get the gift from children, and you feel the heart of Netease. The marketing promotion of this trip promoted the brand image of Netease and made the delivery box’s IP more visual. It works because unlike any other Chinese packaging, Netease breaks the tradition of boring express boxes and includes something unexpected, new and exciting for Chinese consumers.

As Sina Finance said, “Big MAC’s status in McDonald’s menu is inseparable from the constant marketing of McDonald’s over the years — McDonald’s has tried to symbolize the Big MAC and become a fashion icon that represents the brand.” To celebrate the 50th anniversary of the Big MAC, McDonald’s announced three new Big MAC’s with the mobile game, Glory of the King, this month. 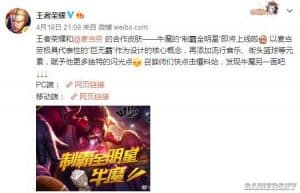 Kings of Glory (Chinese: 王者荣耀) is a multiplayer online battle arena published by Tencent Tianmei studio for android and iOS. In July 2017, it was reported that the game had over 80 million daily active players and 200 million monthly active players. It is the world’s most profitable (top grossing) game and most popular free-download app. 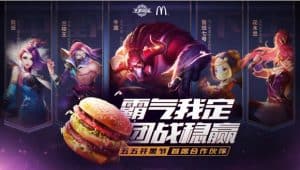 One of the posters of the joint promotion

With McDonald’s pushing out new Big MAC, the Glory of the King also launched new character skins (costume)! Shopaholic users who like to buy extra game features are storming online,

Gaming is a big industry in China as gaming companies have a big influence on how young Chinese people think. In short, McDonald’s constant innovation on cross-border marketing is very effective as people are curious to try new things. The crossover is not just to attract fans of two different worlds, but through this model, enlarge mutual resource value, create brand diversity and attract a more diverse audience.

Not only do the above act as essential tools in expanding your business, but they also change rapidly in different behaviours. As for a company, rather than follow the trend or other successful marketing campaigns, try to develop new ideas to place yourself in an advantageous position. By leveraging their understanding of the consumer culture, taste and preference of Chinese people, these companies were able to develop successful marketing campaigns that beat out competitors.

Marketing is China is a complicated process. Without a professional agency, you may find them too demanding for the time and money of your company. Dragon Social stays are up-to-date with any trends in China social media marketing. Don’t hesitate to contact us if you have any questions!

Also check out a related blog all about KOL in the Fashion and Beauty industry!