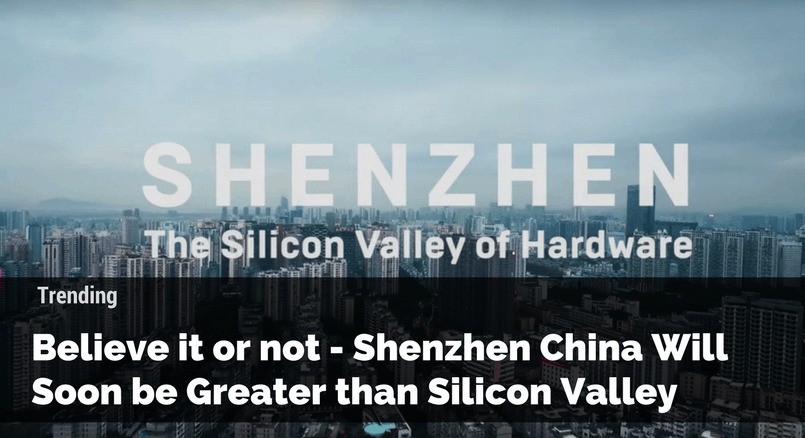 If you search “China’s Silicon Valley” on Google, most of the top ranking articles are about “Shenzhen.” In fact, Shenzhen is becoming the globally recognized “Silicon Valley of hardware.” Especially in the eyes of foreigners, Shenzhen has achieved the transformation from a small fishing village to a high-technology industry garden, which has almost created the miracle of China. 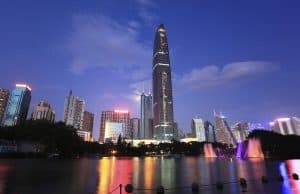 The development process of Shenzhen

Home to 11 million entrepreneurs, Shenzhen is the birthplace of China’s most famous tech companies such as Huawei, Tencent, ZTE, DJI. “Shenzhen is the capital of hardware, where you can find all the suppliers, manufacturers, and engineers you want.” Duncan Turner, the general manager of HAX, told the reporter of China Business News. “When I first came to Shenzhen many years ago, most of the engineers were employees of U.S. and European technology companies. But in recent year, more and more young engineers have been active in start-ups.”

In 2013, Shenzhen became the biggest consumer electronics manufacturing base in the world, according to the ABI report. Venture capital and private equity that concentrated in Shenzhen accounts for a third of the country’s total.

In 2015, Shenzhen’s export to the global hardware market reached USD 29 billion. France 24 (24-hour international news and current affairs television network, based in Paris) calls it “China’s Silicon Valley.” Shenzhen’s most famous hardware market in Huaqiang North, it is reported that in Huangqiang North’s hardware market, you can find almost all the hardware you want, from connecting lines to LED displays. 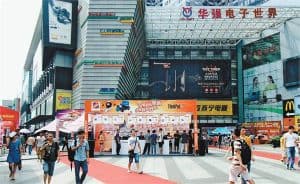 A large number of “unicorn” companies are assessed with the value of more than US$1 billion but not listed. According to the statistics of the US CB Venture Capital Company, as of the end of last year, there were 222 unicorn enterprises worldwide, of which 59 Chinese enterprises were located in Shenzhen.

What’s more, foreign media believe that Shenzhen has transformed from “World Factory” to “World Innovation Factory.” Shenzhen’s R&D output accounts for 6 percent of its gross domestic product, which is the highest proportion in China and three times higher than the average. Moreover, Shenzhen’s high school education has begun to popularize hardware robots and programming, which will lay the foundation for future youth programmers.

In greater China, Shenzhen has overtaken Hong Kong and Taiwan as the most innovative cities, according to a survey conducted by the Chinese University, Hong Kong Baptist University, and some other Hong Kong universities. In the middle of 2016, 16 out of 100 adults in Shenzhen were entrepreneurs, two times more than 5% in 2009. The percentage of entrepreneurs in Israel and the United States was 11.3% and 12.6% respectively.

Nowadays, Shenzhen is attracting entrepreneurs from all around the world. Take a French startups-Japet- which focus on robot hardware development as an example, the co-founder, Antonie Noel said, the reason why they choose Shenzhen to start their business is that Shenzhen has the highest production efficiency in the world with relatively low cost. “A part that sells for 300 euros in Europe, It’s only a third of the price here. Besides, it takes a few weeks for Europe to get it done while Shenzhen can finish just in a few days. It won us time.” Noel added.

These French entrepreneurs all graduated from the engineering school in France but chose Shenzhen to start their hardware products. There are so many start-ups in Shenzhen like Japet, such as incubator HAX which as teams from more than 20 countries. 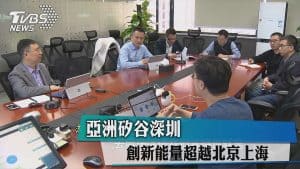 The TV news reports Shenzhen as the Silicon Valley

With the development of hardware, capital is also flowing into Shenzhen. After Shenzhen-Hong Kong stock connects opened, more global institutional capital flowed into Shenzhen. “Capital would be more interested in Shenzhen based on the mature ecosystem and hardware startups. And Shenzhen abuts Hong Kong, which is much easier to connect the world and make the foreign trade. ” Francis Ng, an intelligent wearable hardware investor, said in an interview.

Entrepreneurs and venture capital companies from the United States, France, and the Netherlands have already settled in the Nanshan Science and Technology Park west to the Huaqiang North and competed with each other to cultivate the second even the third enterprise like DJI. 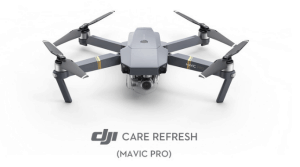 Maybe the most appealing factor lies in the existence of an industry called “Plan Company.”  Numerous factories that produce electronic parts and circuit boards are located in Shenzhen, and plan companies are well aware of the product information of almost every company, so they can provide assistance based on the needs of entrepreneurs. It is possible for entrepreneurs to launch the finished product to the market in a tight time based on just one idea, even though the entrepreneurs don’t own the factory, the design or R&D departments.

The rapid increase of start-ups is also due to the government’s support. Shenzhen government’s incentive policies for entrepreneurs are better than those of other cities in China, especially in regards to loans and taxes.

Why Shenzhen will be greater than Silicon Valley

To determine whether a district can become the new Silicon Valley, people look to three standards: Stanford (On Behalf of Technology), startup (Entrepreneurs), and Sandhillroad (Funds). Unfortunately, relying on these standards are limited. From the view of modern economic growth, a region’s prosperity is from the public’s participation in innovation. Hence, Shenzhen being another “Silicon Valley” depends highly on its ability to continue producing new knowledge, the resources and mechanism used in stimulating new knowledge production.

Shenzhen’s culture respects independent entrepreneurship and advocates personal efforts. In Shenzhen, people’s social status is determined by technological level and economic achievement instead of social relationships and family prestige. A young man in Beijing would fight for opportunities of entering central state-owned enterprises and a young man in Shanghai would fight for foreign-funded enterprises.

However, in Shenzhen, the youth look up to entrepreneurs who strive to innovate, take risks and obtain full returns. In Shenzhen, companies tend to encourage and tolerate employees’ inventions and entrepreneurship, even willing to invest in start-up companies established by employees. Such examples can easily be found in companies like Tencent and Huawei. It is this culture that provides Shenzhen with an ever-growing entrepreneurial soil that helps cultivate its innovative power.

From the perspective of technical factors, Shenzhen has a good circulatory system of technological innovation and transformation centers. It is reported that, in the past two years, 18109 Maker projects have successfully raised 274 million U.S. dollars on the crowd-funding site named Kickstarter, and 80% of the projects are carried out in factories in Shenzhen.

Currently, a large number of industrial elements, highly diversified and intertwined, are concentrated in Shenzhen, making it one of the largest high-tech industrial clusters in the world. Such cluster ecology, coupled with the spillover effect of human and knowledge capital, has formed a mature technology exchange network and diffusion mechanism in Shenzhen, creating a solid base for Shenzhen entrepreneurship. 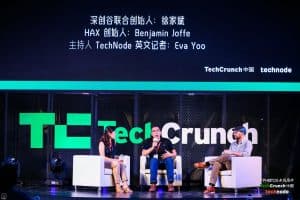 The co-founder of Shenzhen Valley was in an interview

Looking into the future, it is highly possible for Shenzhen to become greater than Silicon Valley under the condition that it overcomes the weaknesses of basic research and original innovation, and gives full play to its existing hardware and software advantages.

If your company wants to be competitive in the Chinese technology market, why not hire a marketing company with a sole purpose in helping companies create massive brand awareness and build trust among Chinese technology consumer and companies. Dragon Social is the No. 1 social media marketing agency in China for small to medium businesses. Contact us now!