5 New WeChat Features That Will Surprise You in 2017 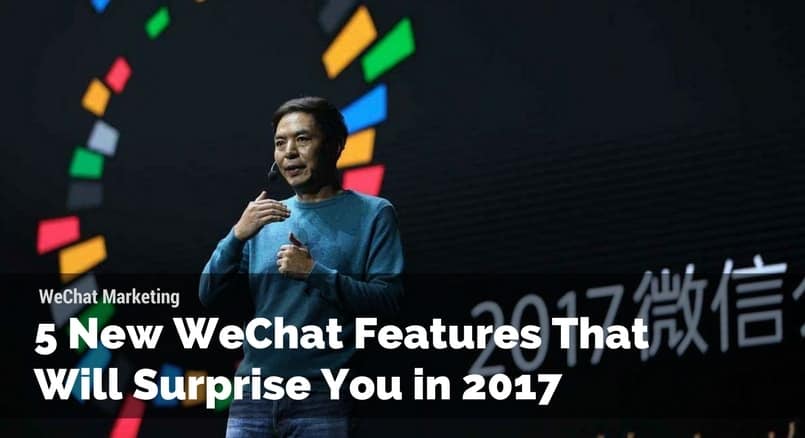 5 New WeChat Features That Will Surprise You in 2017

Tencent has added a host of new WeChat features and announced several planned features for the future in its annual report in April 2017. Many of these WeChat features will fundamentally change the way that companies can conduct marketing campaigns using the platform.

As shown in the first part of this series, WeChat is still growing strongly by the numbers, but what has it done to improve the experience of both users and businesses? As we’ve seen in our previous article, WeChat has come to dominate a huge chunk of the time spent on mobile devices.

WeChat is adding new features to continuously expand its offering and increase the amount of time spent on the WeChat app even more. We’ll provide a brief synopsis of some of the major changes and the implications they have for businesses using WeChat.

Read our The Ultimate Beginner’s Guide to WeChat for Business for more information.

This was a major change that many companies have been waiting patiently for. WeChat now offers the ability to limit the reach of advertisements for a significant drop in ads price. It has presented small and medium businesses with a significant opportunity to begin using paid advertising services on WeChat. The market for paid advertisements was previously dominated by large companies with massive marketing budgets.

Previously, the price for even a single campaign on WeChat would be more than most small and medium businesses could afford. The price of these campaigns depends on the number of impressions (or the number of people that see your advertisement).

Costs for these localized advertisements can be as low as 50 RMB for 1000 impressions in some districts, with a minimum buy of at least 300 RMB. Of course, the more populous, wealthy, or competitive the business district the more expensive the cost per campaign. Campaigns in Beijing and Shanghai, for example, will cost around 150 RMB per 1000 impressions. This feature will be available in 22 large cities throughout China. 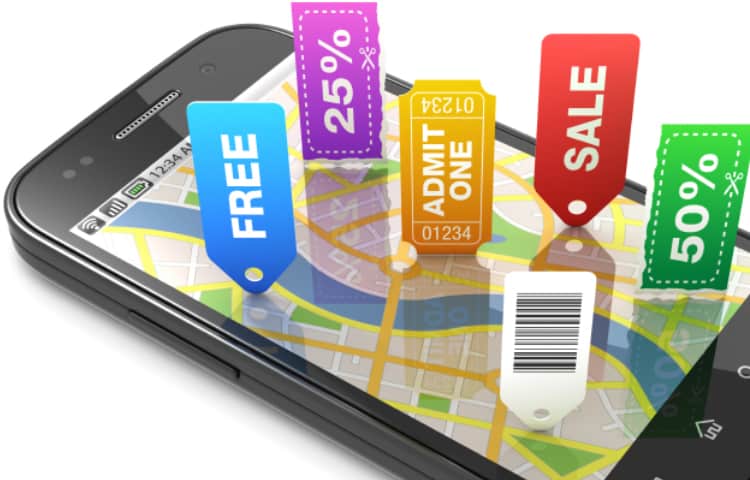 Tencent has long considered adding paid content to WeChat, which would give users’ access to a new level of premium content. In a survey of users, Tencent found that over 50% of users were willing to pay for content if it appealed to them. When Tencent conducted the same survey last year only 30% of respondents were willing to pay for content. This represents a massive opportunity for both Tencent and content providers.

This could incentivize content providers to provide higher quality content, which would generate profits for Tencent and improve the WeChat user experience. WeChat has begun experimenting with the concept by allowing select official accounts to offer paid content as a trial experiment.

Tencent is expected to roll out access to this feature in the coming months for more official accounts before determining whether or not it will fully implement the feature. 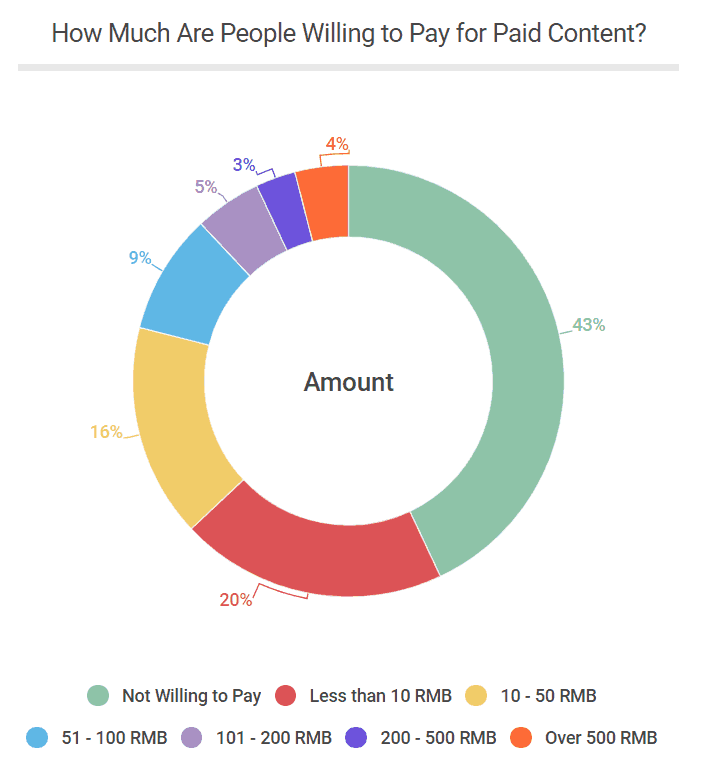 3. WeChat Search: Stepping out of the Pool

WeChat’s search feature has been pretty limited in its scope up until this year. However, WeChat’s search bar has begun offering results outside of the WeChat app itself, significantly improving its capabilities, and providing users with an opportunity to conduct their searches from without leaving the app.

While allowing users to access content hosted outside of WeChat, it fits in nicely with WeChat’s goal of keeping users within the app as much as possible. They also helped to optimize the way you search for content within WeChat, allowing you to apply a variety of filters to find the content you need. This feature can really help WeChat improve its user experience and increase the amount of time people use the app.

Both of these WeChat features were added in late 2016 and present new opportunities for marketing and creating viral content for WeChat’s massive user base. Musicians and artists are the primary beneficiaries of this change, but marketers and companies can also utilize these features to differentiate themselves from the growing competition among official accounts.

WeChat also recognized the growing popularity of apps like Meitu for their photo and video-editing capabilities and decided to also offer these features within WeChat. WeChat had already provided a camera feature, so offering photo/video editing features was a natural extension of the WeChat app’s capabilities.

WeChat has added a slew of new partners to produce mini-programs and features to improve the capabilities of the app. The gifting feature, for example, was made famous by Starbucks and allowed users to send a coffee to one another through its messaging service. 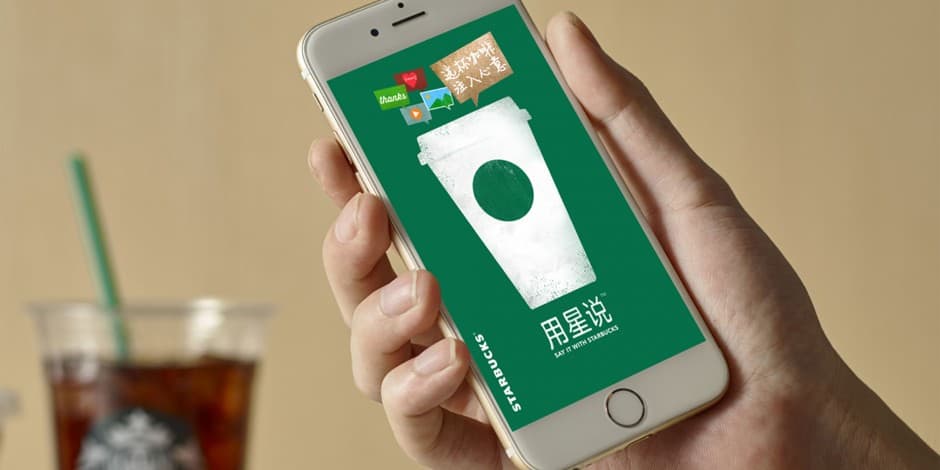 Live Streaming has long been considered an interesting feature for social media platforms. Most Western social media sites have already begun to offer this feature, like Facebook and Instagram.

Short videos have, in general, become an extremely popular format for content. Although short-lived, Vine enjoyed tremendous success before other platforms implemented similar functionalities. While WeChat may choose to implement this feature, many feel that it doesn’t fit well into WeChat’s overall service offering.

I’m of the opinion that if WeChat were to implement the feature in a non-intrusive way for non-participating users, it could further expand its capabilities and possibly create a completely new format of content for its users to experiment with. We’ll have to wait and see on this one, as Tencent hasn’t made its thoughts very clear on this feature. 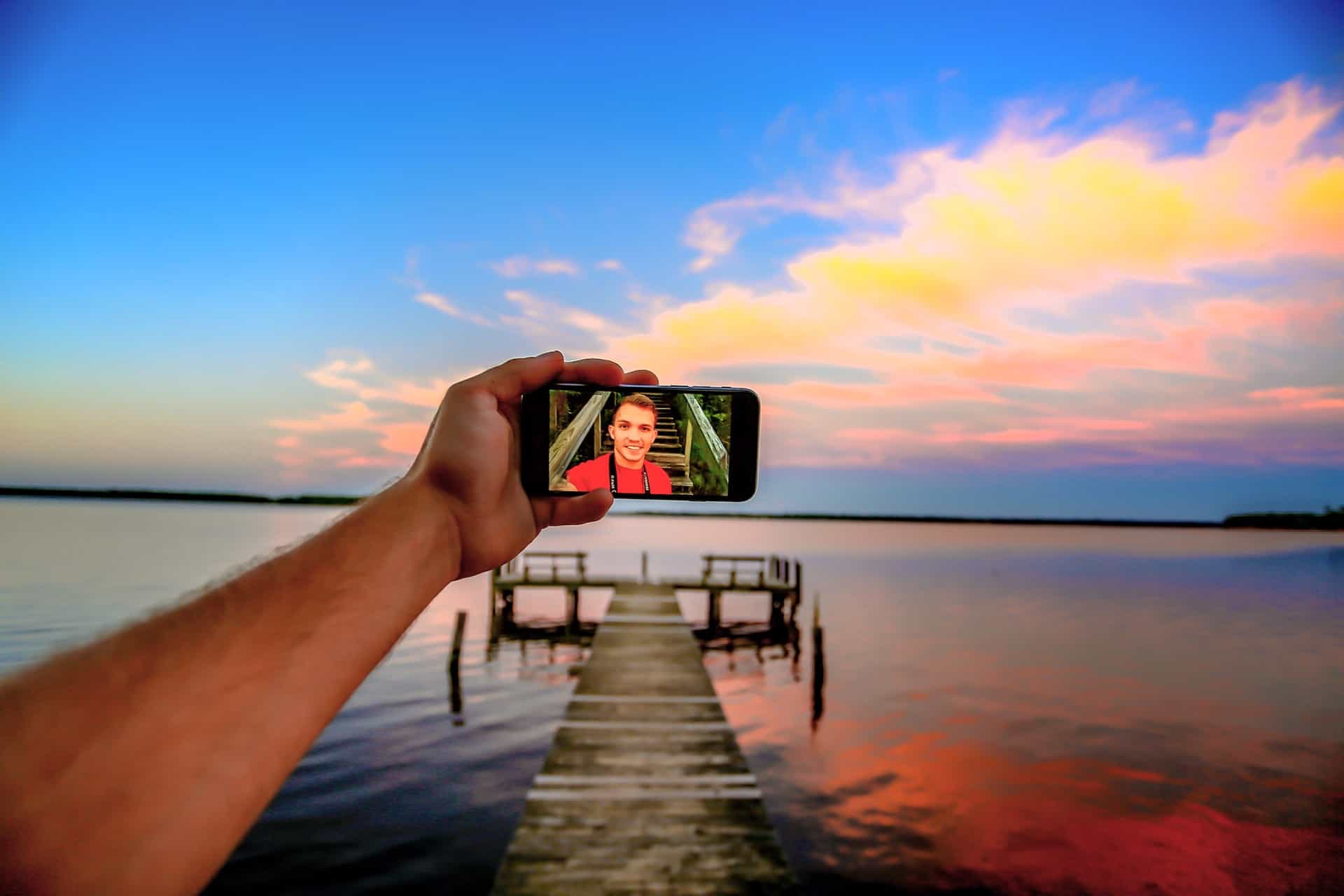 2. WeChat Mini-Programs: Maybe not as Mini?

Many have speculated that as useful as mini-programs have been for many companies, they are still difficult to access and very limited in their functionality. They have been getting more powerful since their initial inception, but many feel they are more trouble than they are worth.

WeChat’s growth shows no sign of stopping and we can expect to see them add more features to continuously improve the user experience. WeChat has begun considering the needs of smaller scale businesses more with their recent updates and hopes to see more feature additions to benefit this group in the future.

WeChat QR code allows users to find and connect with other users without the traditional step of adding their number as a contact. Also, you can use WeChat QR code to make payments or scan for games. Moreover, you can design your own QR code and you can have a QR group code. 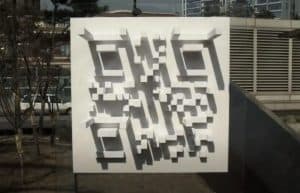 WeChat Out allows users to make calls to landlines and mobile phones from anywhere and to anyone. WeChat Out ensures users affordable and high-quality calls. Tencent’s effort is to make WeChat out easy to use and also offer many discounts.

WeChat Moment is a function of WeChat app that allows users to post text statuses, upload pictures, and share videos and articles, which is similar to Facebook’s Timeline. You can share your lifestream with other people about what you are doing and where you are at by posting pictures on WeChat moment’s timeline. Brands can also do WeChat advertising on WeChat Moments.

For more information about WeChat advertising, read WeChat Advertising 101: All You Need To Know 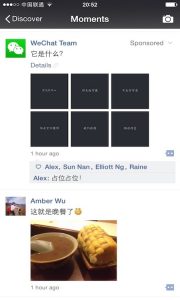 WeChat wallet allows you to add your credit cards or debit cards for payment purposes, transfer money from one wallet to another, or give “red packet” to one another. You can make purchases, as well as get payments from participating vendors. 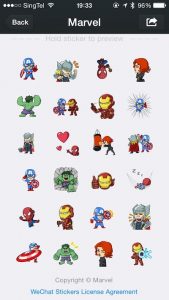 WeChat video call or WeChat call is a free function of WeChat app that allows users to call other WeChat users, which is similar to FaceTime or voice call on iPhone. 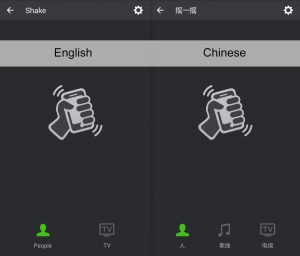 WeChat red envelope allows you to gift other people money, as a traditional Chinese practice of Hongbao. Chinese normally give their friends and family lucky money in special occasion, especially Chinese New Year. The receivers will get WeChat red packet as credits, which they can use to make other payments.

WeChat game offers users various types of games. You can download them separately from the App Store. Users can use WeChat code to scan for any games, share them on their timeline, and compare scores. WeChat also has their own built-in games. WeChat games are short and sweet.